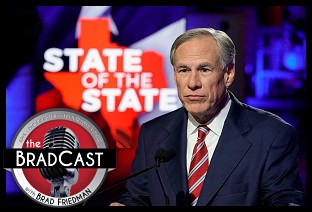 We're old enough on The BradCast to remember the days when the news got really slow during the summer months after Memorial Day. These are no longer those days. [Audio link to full show follows summary below.]

Among the many and various stories covered on today's program...

While we post The BradCast here every day, and you can hear it across all of our great affiliate stations and websites, to automagically get new episodes as soon as they're available sent right to your computer or personal device, subscribe for free at iTunes, Stitcher, TuneIn or our native RSS feed!