Join us today at 4PM PT on XRNOW, Extinction Rebellion Radio, for a VERY special episode. I’m your host, Steven Starr, co-founder of XRLA, Extinction Rebellion Los Angeles.  I’ll be speaking today with Peter Kalmus and Rose Abramoff, two key forces behind Scientist Rebellion, a growing coalition of scientists worldwide who are adopting the direct action and civil disobedience tactics of Martin Luther King, and Gandhi, and many others, in order to confront our global climate, ecological, and biodiversity emergency.  Los Angeles is on the front lines of this crisis --  with our wildfires and our historic drought -- yet we remain the largest urban oil field in the country.  I caught up with Peter and Rose, carpooling to Chicago for AGU-22, the American Geophysical Union— the single largest gathering of earth scientists in the world happening all this week.  Rose and Peter will be doing teach-ins and skill-shares for packed houses of earth scientists deeply committed to educating and activating the public on the climate emergency we are already in.  So join us on XRNOW! Extinction Rebellion Radio, at  4pm on KPFK-FM.  To learn more about XRLA, check out XRLA.org and join us --  we are nature defending itself! 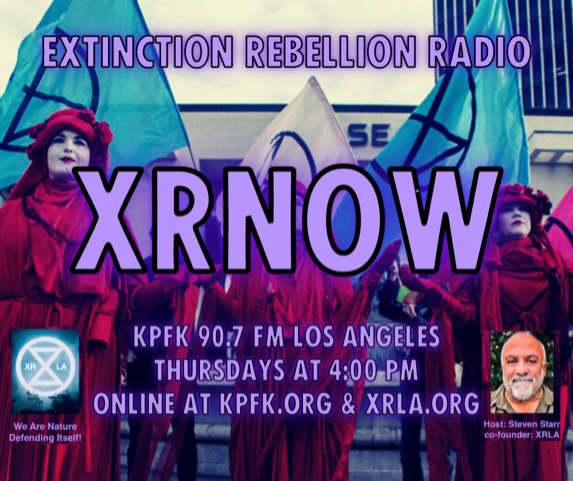