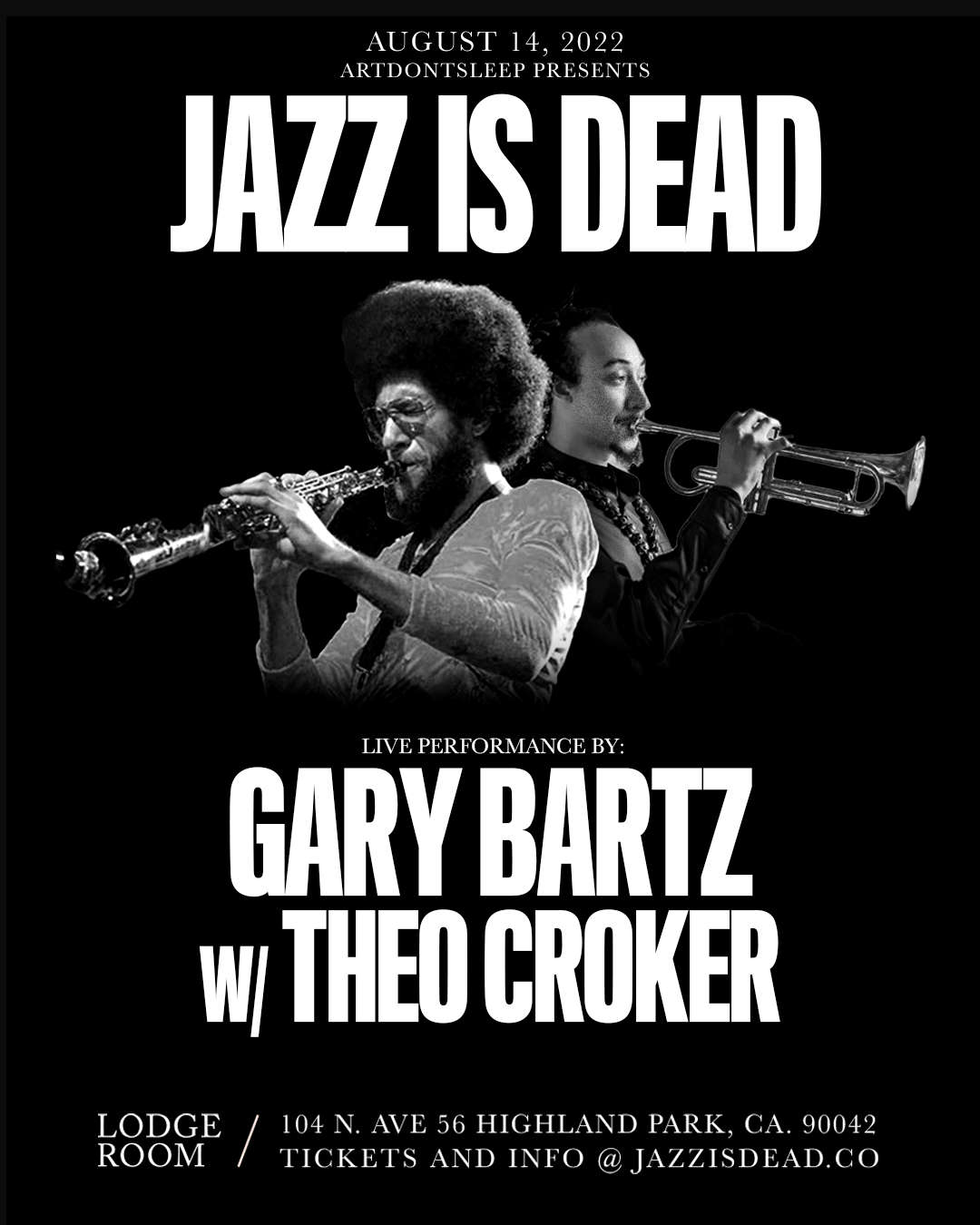 The shadow that Gary Bartz casts over the last six decades of progressive Black music, and his continued dedication to same, makes him a logical and very welcome contributor to the Jazz Is Dead series. An alto saxophonist steeped in the history and tradition of his instrument who is also restlessly experimental and not prone to purism of any kind, he enjoys both the respect and admiration of his peers and the hero worship of several generations after him. A look at his body of work reveals dalliances with bebop, hard bop, free jazz, spiritual jazz, soul jazz, jazz-funk, fusion and acid jazz, all while resolutely remaining unmistakably Gary Bartz. There’s early work with Eric Dolphy and McCoy Tyner in Charles Mingus’ Jazz Workshop, work with Max Roach and Abbey Lincoln, a stint in Art Blakey’s Jazz Messengers, and also one with Miles. There’s his groundbreaking and highly influential Ntu Troop albums of the early 70s and his jazz-funk work including two classic albums with the Mizell Brothers, one of which supplied A Tribe Called Quest with a sample that was smooth like butter. That’s not to mention appearances on beloved albums by Pharoah Sanders, Donald Byrd, Norman Connors, Roy Ayers, Gene Ammons, Phyllis Hyman, Jackie McLean and many others. This is what Gary Bartz brings to the Jazz Is Dead project and as can be expected, his questing spirit fits the JID style like a glove and has produced an album that’s a cutting-edge addition to his immense canon as he effortlessly interfaces with a new generation.

The event runs from 7:00pm to 11:00pm on the following dates.
Select a date to add this event to your calendar app.