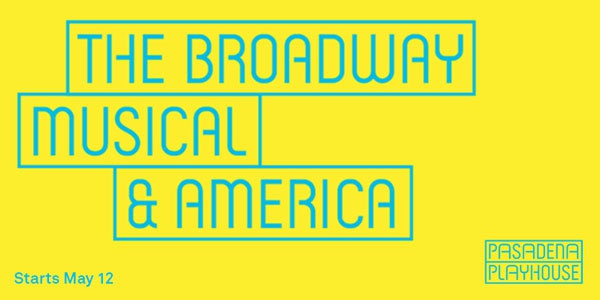 Online Course: The Broadway Musical and America from Pasadena Playhouse

Whether you're a musical theater lover wanting to brush up on some history, or a parent looking for an engaging new activity for your young ones – there's a little something for everyone this summer with these three new online classes. Learn from esteemed, award-winning instructors, all from the comforts of your couch.

The Broadway Musical and America is intended to give students a broad overview of the American musical from Oklahoma to the present. The course situates the form as a distinctly American phenomenon and which both influenced and was influenced by the American political landscape since the end of World War II. The course, which will include special Broadway guests, will survey classic works of musical theater, and we will engage, discuss and think about why the Broadway musical has endured as an important American art form.

Adam Epstein’s theatrical productions have received 46 Tony nominations and garnered 12 Tony Awards, one of which Adam himself received as a producer of Hairspray in 2003. Adam’s other credits include A View From a Bridge, The Crucible, Amadeus, The Wedding Singer and Cry-Baby. In the West End, both his productions of Amadeus and Hairspray earned multiple Olivier nominations and Hairspray was awarded a record 11 nominations, winning four, including Best Musical. An adjunct faculty member of NYU, (which is also his alma mater,) Adam has also been a guest lecturer at Harvard, Columbia and the University of Miami. Adam recently graduated with his Master’s degree in American Studies from Brown University, and he is currently working in political journalism and media.

The event runs from 5:00pm to 6:00pm on the following dates.
Select a date to add this event to your calendar app.