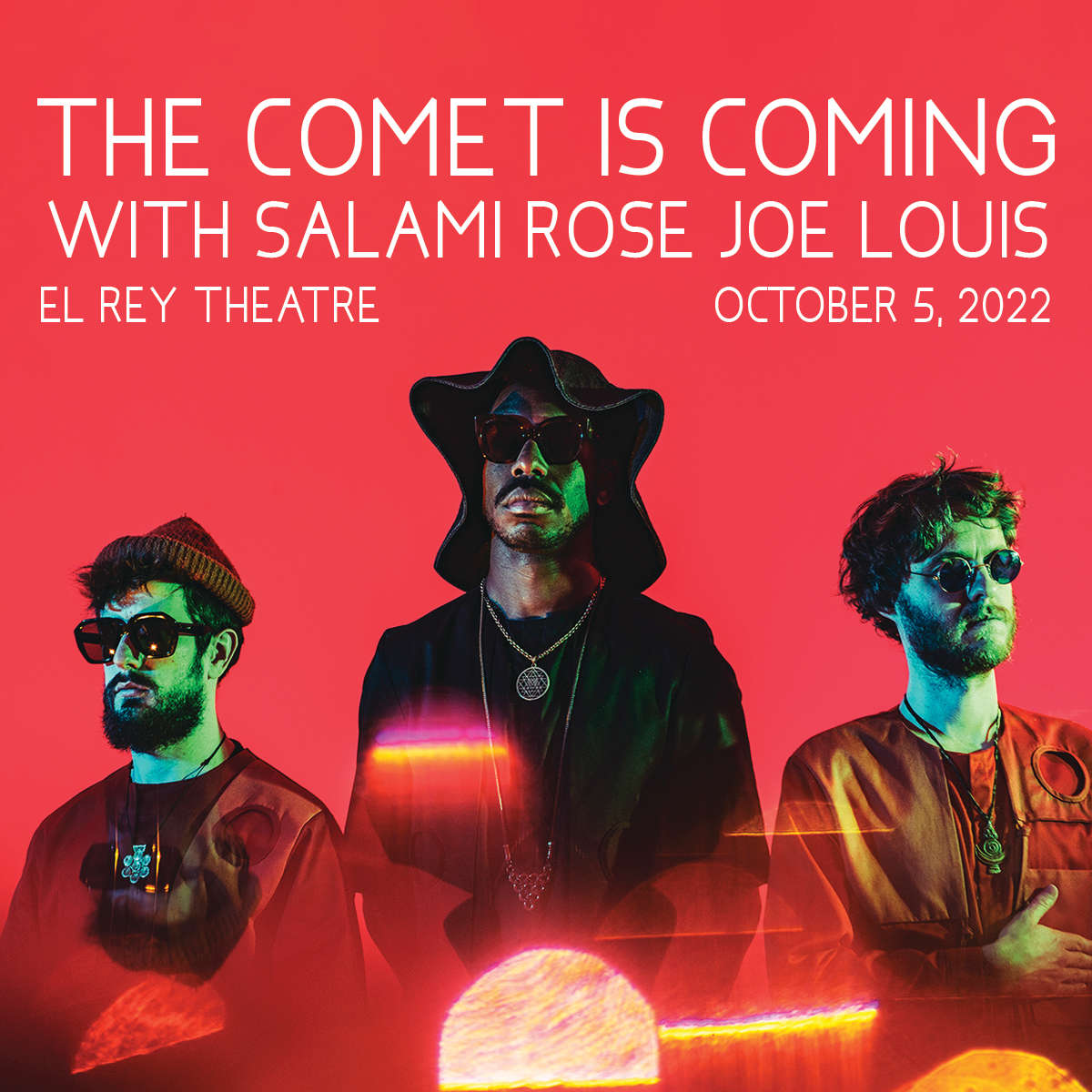 Debuting music from their forthcoming Impulse! records release (March 2019) The Comet is Coming is the soundtrack to an imagined apocalypse. In the aftermath of widespread sonic destruction what sounds remain? Who will lead the survivors to new sound worlds? Who will chart the new frontier? In a warehouse somewhere in London 2013 a meeting would take place between three musical cosmonauts. They would pool their energies to build a vessel powerful enough to transport any party into outer space. It is after the end of the world, the stage is a spacecraft, the mic is an accelerator, brace yourself for The Comet is Coming King Shabaka - saxophone Danalogue - keyboards Betamax Ohm - drums

Tickets: https://www.axs.com/events/440333/the-comet-is-coming-tickets?skin=elrey&src=AEGLIVE_WEREYLAX030115VEN001 "Powered by Arkestral cosmic forces, The Comet Is Coming. Brace for impact" - The Guardian "The Comet Is Coming embraces stargazing psychedelia on its maiden voyage, outfitting spacey synth arrangements with taut saxophone riffs that spiral off into the inky abyss" - Time Out, New York

The event runs from 8:00pm to 11:30pm on the following dates.
Select a date to add this event to your calendar app.