DESCRIPTION:
American Indian Airwaves is produced in Coyote Radio and Burntswamp Studios and was established in 1988 in order to give indigenous peoples and their respective first nations a voice about the continuous struggles against Colonialism and Imperialism by the occupying and settler societies often referred to as the United States, Canada, Mexico, and Latin and South America countries located therein. 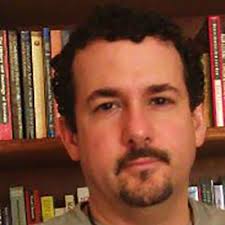 Larry Smith (Lumbee Nation) is a part-time lecturer at California State University, Long Beach and teaches for the Film Electronic and Arts and American Indian Studies Departments. He is also a member of Tiat Society  and the Mt. Adams Lake Singers located in Long Beach, CA. He is also a community activist and can be reached at burnt.swamp@verizon.net

(Former Host) Corey S. Dubin Executive Producer: Coyote Radio. Corey Dubin has been a journalist for 26 years. In the early 1980s He free-lanced covering Latin America and the Pacific Rim. In the mid 1980s he was News & Public Affairs Director for KPFK, Pacifica Radio in Los Angeles. He then, in 1987 joined the Other Americas Radio as a senior documentary producer. Along with Eric Swartz TOA produced a wide range of cutting edge programs on Latin America, Iran-Contra and related issues. He also produced specials for Pacifica's Iran-Contra coverage. In 1989 Dubin founded Coyote Radio and has been producing programming throughout the 1990s and into the current period. In 1992 Coyote Radio and American Indian Airwaves joined forces and produced a twenty hour special for KPFK entitled ?Break The Blackout: 500 Years of Resistance? He also remains the President of the Committee of Ten Thousand a national HIV/AIDS advocacy and support organization headquartered in Washington D.C.